Register to attend the 2023 Progress Seminar

We will be hearing from the candidates running in the upcoming district election in Redwood City:

If you have questions for the candidates, please submit them to Maggie Fahey at: maggie@redwoodcitychamber.com 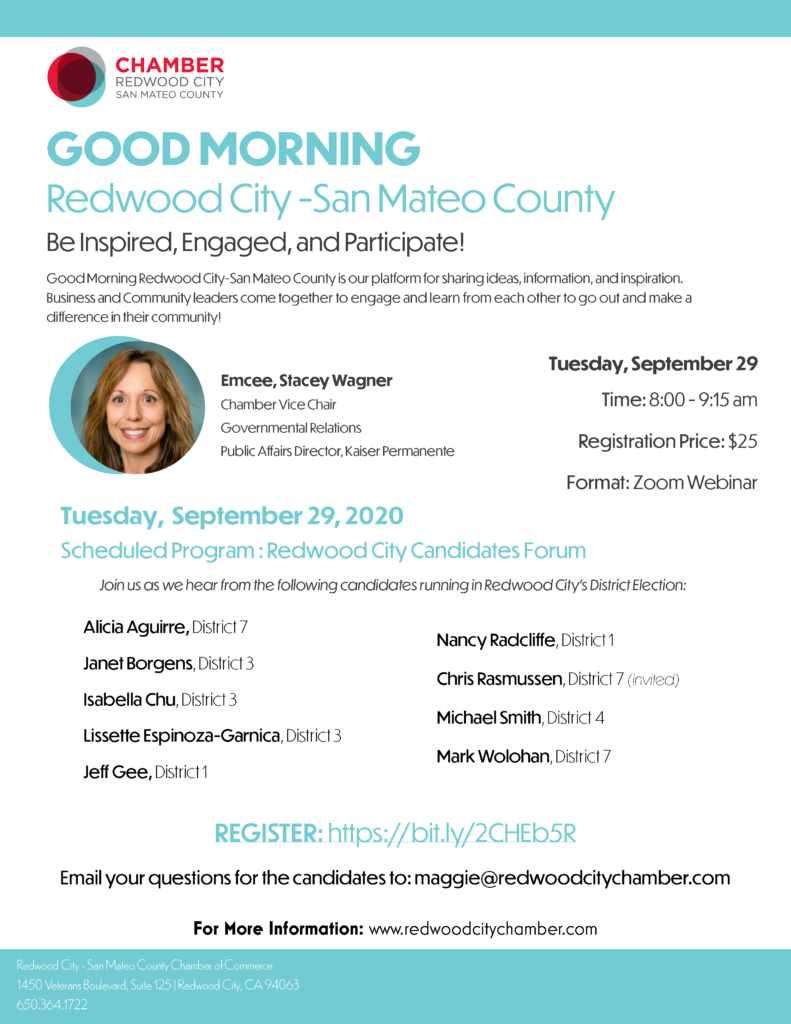 Amy Buckmaster serves as President & CEO of Chamber San Mateo County, one of the leading business organizations in California representing businesses of all sizes and industries which collectively employ over 100,000 people. Amy is well known for being a champion of public/private partnerships and bringing stakeholders together to talk, listen and build consensus to identify common sense solutions.  The Chamber provides local and regional leadership on critical economic vitality issues such as education, housing affordability, infrastructure, transportation, economic development, and government efficiency initiatives, and is consistently ranked as one of the top chambers of commerce throughout the nine Bay Area counties by the San Francisco Business Times.

In addition to serving Chamber San Mateo County, Amy is also the Executive Director of the Redwood City Improvement Association (RCIA), a non-profit 501(c)(3) corporation. RCIA is a community benefit district administered by a board consisting of property owners, residents, community members and businesses. The board is responsible for making decisions in the areas of public safety, beautification, economic development, maintenance, and promotions that are most beneficial for the community and its residents, while maintaining the culture and rarity of Redwood City’s downtown district.

She was named 2013 Business Woman of the Year sponsored by United American Bank and in 2016 named one of the San Francisco Business Times Influential Women.

Amy and her family reside in Redwood City.