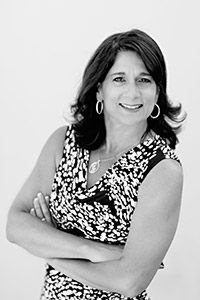 Dani has focused much of her career in Redwood City/San Mateo County. She began her ten-year career with the YMCA then moved directly into nearly a decade in banking as the Vice President of Bay Area Bank in Redwood City. In the middle of her YMCA and banking career, Dani was elected to the Redwood City Council at just twenty-nine years old and became Mayor of the City two years later. She was the top vote-getter in her election cycle and the number of votes she received still remains the highest number of votes to today.

While working at Bay Area Bank and sitting on the Redwood City Council, Dani was appointed to the Redwood City-San Mateo County Chamber of Commerce Board of Directors and became Chairperson.  Dani still remains active as a member of the Presidents’ Council for The Chamber and currently serves as the Vice Chair, Economic Development.

Dani considers herself a YES person…so when Sequoia Hospital in Redwood City asked her to help raise the capital dollars necessary to build the new hospital pavilion she said YES. Dani spent the next several years raising money for the Sequoia Hospital Foundation. Dani immediately realized her passion for healthcare after meeting Bonnie Addario where Dani then became the Executive Vice President of Strategic Initiatives at the Bonnie J. Addario Lung Cancer Foundation. Dani helped the organization raise critical dollars and build financial development and capacity strategies to ensure organizational sustainability as the organization moved from a local, founder-based, non-profit to a global force in lung cancer.

Today, Dani has taken on the role of consultant and is working with non-profit organizations to build capacity, organizational structure, and policy. Just completing a contract with the Healthcare Foundation of Northern Sonoma County she now finds herself working with community leaders and the San Mateo County Sheriff’s office, the Sheriff’s Activity League and has lead Board Leadership training and strategic planning sessions for many non-profit organizations. You might also find her at the planning counter in East Palo Alto as a development consultant for a small housing project, or you might find her tending their family vineyard in Healdsburg CA.

Going along with the YES theme and community volunteerism… Dani is also the host of a community talk show for Peninsula TV (channel 26) called “Pen Voice” and sits on the Board of Directors of Peninsula TV.  Dani is Co-Chair, of the Peninsula College Fund and is an Advisory Board Member of the Bonnie J. Addario Lung Cancer Foundation.

If you were to ask Dani what she is most proud of, she will say her family and her community…and most especially proud of her Mom and Dad for their courage to come to the U.S. in 1948.

The latest Covid-19 Updates and Resources